What you are about to read is a quick representation of Eureka Lab Division and what it did to succeed in researching, developing and producing 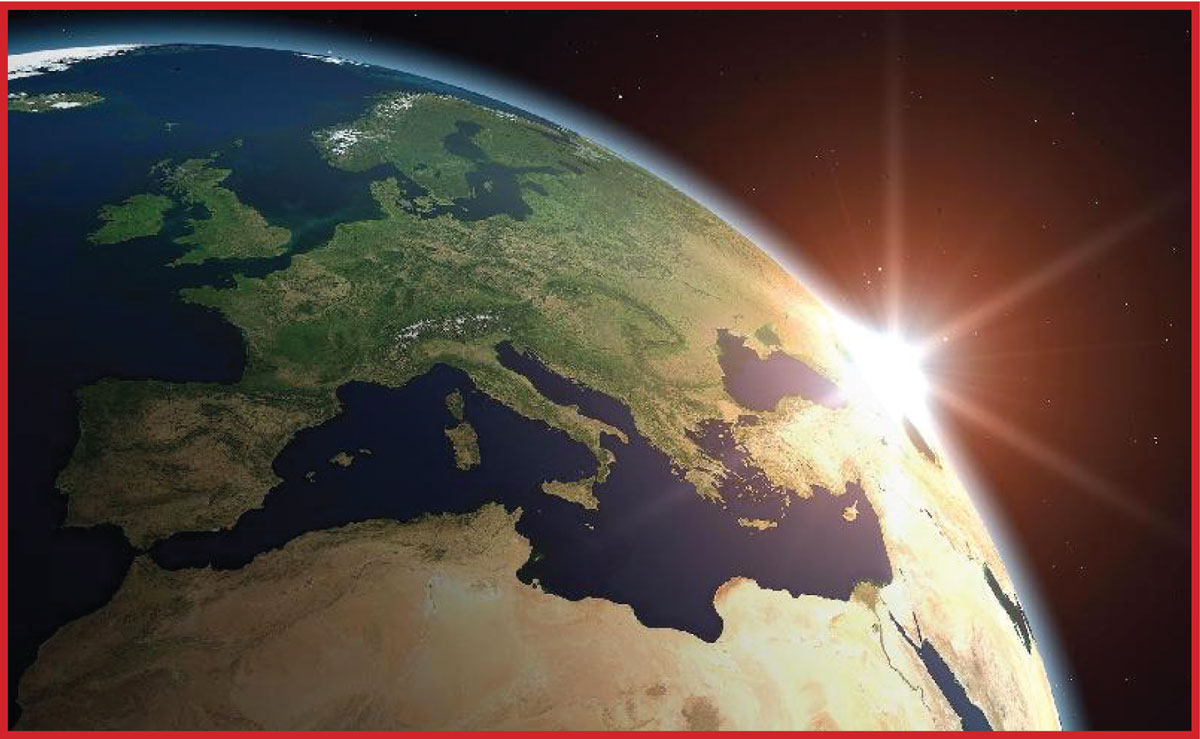 Many years ago, Dr. Gilberto Coppa and Dr. Stefano Sartori decided to pursue a professional path that few companies had dealt with:

the analytical procedures existing in clinical laboratories, thanks to the realization of

From the very outset, they concentrated their activity on the development of an Analytical Method for the Determination of Urinary and Plasma Catecholamines in HPLC with Fluorimetric Revelation.
The decision to work with Catecholamine was due to the shared thought, along with many Oncologists, that the need of Formulating a Correct Diagnosis of cancer patients was fundamental and extremely important

The concentration of catecholamines (Noradrenaline, Adrenaline, Dopamine), which are a group of hormones produced by the adrenal gland, are greatly increased in biological fluids in the presence of such pathologies.

To help doctors to properly diagnose these tumor forms, they asked some laboratories about their problems and issues in their structures since the 1970s.

Here are some of the problems raised:

Direct measurement in amperometry was not sufficiently sensitive for the analysis of plasma catecholamines even when starting from a high plasma volume (at least 2 ml).

Direct measurement in amperometry had taken the role of reference technique for a long time, but the amperometric detector proved to be difficult to handle for routine analysis.

Despite the replacement of the amperometer detector with the, more sensitive Coulometric detector, it was still difficult to handle for routine analysis as well as being particularly costly.

Our team worked long for the development of a fluorimetric, chromatographic, analytical method for the determination of catecholamines with the benefit that:

International research from the ’90s was geared towards selecting more powerful analytical methods capable of selectively analyzing catecholamines in biological fluids, compared to methods born at the end of the 1970’s in ammeters.

Works published by the Japanese groups of Y. Ohkura, K. Imai, H. Iizuka, M. Yamaguchi and by the Dutch G. Alberts and F. Boomsma, led to the selection of a selective quantitative yield reagent for the catecholic group that was transformed to a benzotriazole group, with a FLUORESCENCE response of 50 times higher than the amperometric detection.

Their work involved the development of a biologic matrix purification method that was more self-explanatory than the methods used up to that time.

After purification, the sample undergoes a process of derivatization.

At this point, the derivatized sample is read in fluorimetry, allowing it to obtain excellent sensitivity and specificity for the analysis. 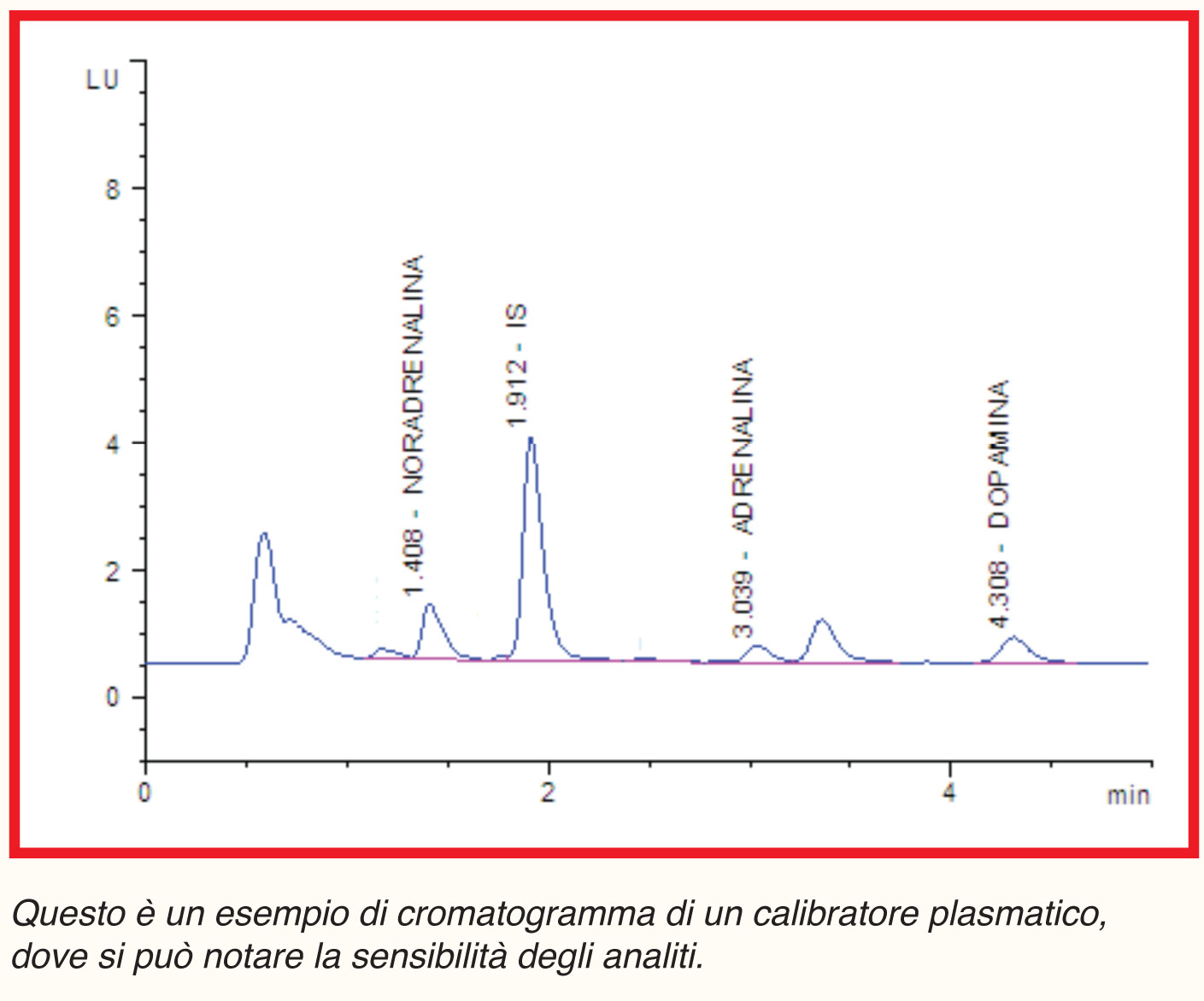 This has allowed us to reach the much anticipated goal:

the analytical procedures existing in clinical laboratories regarding the dosage of both urine and plasma catecholamines.

But this was just the beginning … Since 2000 the Eureka Lab Division Team, has continued  to develop 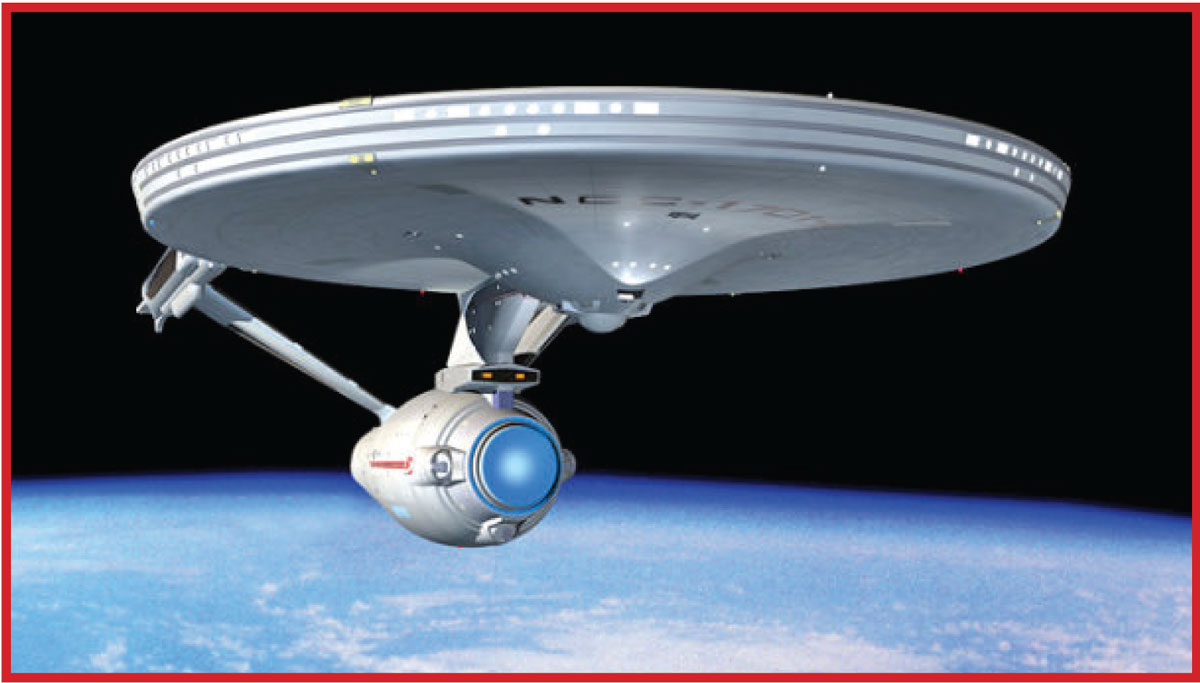 Finally, since 2008, we have focused our work on
Liquid Chromatography (LC)  coupled with
Mass Spectrometer / Triple Quadruple
(for analysis of SPECIAL CLINICAL CHEMISTRY, CLINICAL PHARMACOLOGY AND FORENSIC TOXICOLOGY)

The activity in this report was carried out at the Forensic Toxicology Chemistry Laboratory of the Institute of Medical Sciences of the University of Macerata.
The subject of this scientific activity was the comparison of two different extractive procedures for SPE.
In particular, the methods used in analytical activity were compared with those developed by Eureka-Lab Division.
Techniques for urinary opiate and cannabinoid analysis (Delta 9 THC COOH) were evaluated.
The first phase of the activity concerned the comparison of the two methods using calibrators of the two known concentrations, supplied by Eureka.
Subsequently, the comparison covered urinary samples at the Forensic Toxic Chemistry Laboratory, selected on the basis of the positivity for the above mentioned substances.
The sample was divided into two equal volumes.
An aliquot was extracted with the lab method, while the other was subjected to extraction using the Eureka kit supplied and according to the procedures of the company.
The extracts were then analyzed by gas-chromatography-mass spectrometry (GCIMS). The results of the partial procedure can be summarized in:
1) The methods developed by Eureka are not very expensive in terms of time and are practical for the use of ready solutions.
2) Compared to the methods used in the laboratory, the methods produce very clean extracts that have improved the quantizational response of the GC / MS analytics.
Ultimately, the proposed, quick and practical procedures have a particular efficacy in the purification phase of the extracts.

The Neurology Department’s epileptic doctors, for which I work, have demonstrated the need to measure Perampanel, a recently-used drug for additional treatment in patients with generalized focal or tonic-clonic epileptic seizures.
Since no method was commercially available, Eureka-Lab Division developed a new HPLC method for the determination of Perampanel’s plasma concentration.
We collected samples and then analyzed them with the new Eureka Kit with satisfactory results. This collaboration has enabled us to be the first laboratory in Italy to analyze this drug with fluorimetry HPLC methodology. “

In order to be able to continuously increase the production of new Eureka Kits, the company has for several years been working with the 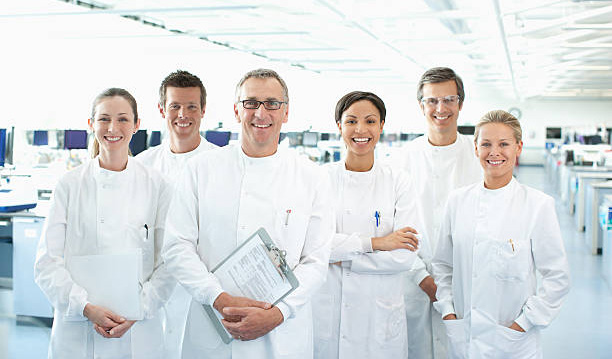 They are Specialists in Clinical Biochemistry, Pharmaco – Toxicology and expert in
Chromatographic Analytical Techniques.

They collect the requests of Doctors who are in close contact with patients and iniziate for the development of Chromatographic Analytical Methods that will then be engineered into EUREKA KITS.

It’s like having many research and development teams across Italy working to increase the development of new chromatographic analytical methods that will then be engineered in the form of ready-to-use kits.

n our laboratory we have followed a Research, Development and Point-of-Test of a New Analytical Method that can provide all oncologists with a valid diagnostic tool to monitor and personalize Tamoxifene treatment.
Based on the numerous epidemiological data and our laboratory experience, Tamoxifene and Endoxifene pharmacological monitoring should become a COMMON PRACTICE in order to guarantee a personalized and effective therapy for all patients. “
Why not provide our analytical method to improve the life expectancy of patients and in some cases save their lives? “
This question has been answered by an Italian company sensitive to this specific problem that has decided to engineer the method in the form of ready-to-use KIT.
The Eureka Kit is Simple and Robust and includes everything needed to treat the biological sample and to triple-quadrupole mass spectrometry (LC-MS / MS) analysis.

I have always liked the challenges that require method, perseverance and a pinch of genius: Fortunately, my work offers me continually.
Since my first years of professional life in university research laboratories I have been involved in the development of HPLC methods under very often “extreme” conditions for the quantity and nature of the analyte or sample to be examined.
Meeting with the brave staff of Eureka Lab Division was a challenge for me: we had to look for ways to combine the research experience with the need for standardization and simplification of the indispensable processes for the diagnostic kits.
It was necessary to bring out some important methods of analysis from the “home made” of the research and bring them into the “reliability” of clinical practice.
This is difficult but not impossible if you can rely not only on technical support, but also and above all on the advice of a group of experienced, enthusiastic and … really good friends.
One of the results of this collaboration was the development and validation of an HPLC method for the determination of plasma tyrosine by fluorescence derivatization, but other similar projects are now in the process of arrival.
The vast field of Oxidative Stress Markers, which I currently deal with, is in fact a further discovery of discovery.

After long research and development work by Eureka Lab Division Team and by the Study Group of Foreign Authors, Eureka Kit is Validated to GUARANTEE their

This work is done by the

They are also passionate about chromatographic analytical techniques and make available their analytical systems and their human biological samples.

It is crucial to have the opportunity to use more chromatographic analytical systems and human biological samples , because ONLY THEN is it possible to determine

THE KIT’S STRENGTH
and its
EASY OF USE

“I have performed the external validation of the new Eureka Kit for Plasma Metformin Determination in HPLC.
The kit is simple and fast. In just over 1 hour you can get the first results of an analytical session.
Sensitivity and reproducibility are suitable for the monitoring of both in-patient and in-drug patients.
It is especially suitable for diabetic patients with moderate renal insufficiency and for controlling inadequate subjects over time. “
azanardo@ulss.tv.it

That is why thanks to the work of Eureka Team, together with the group of “Authors and Validators” , we can

to Clinical Laboratories around the World
that the Eureka Kits

Visit www.eurekaone.com and check out our results